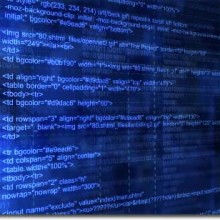 Did you know that there are many areas of your site that you can easily optimise in order to make sure that your site complies with Google’s quality guidelines and therefore help your site rank better. Here are a few things you can check today: How fast does your website load? Check your site to see how quickly it loads, looking out for larger sized images, bloated code etc. Make sure all your images are optimised for the web, nothing gives a worse user experience then waiting for huge images to download that have not been resized properly Broken Links:
Read More

Yahoo goes on a diet as it cuts more services on its portfolio. In an attempt to slim down, Yahoo has announced even more cuts to its huge range of product offerings. The most notable cuts are of Yahoo voices and the Yahoo contribute network. With voices due to shut down on July 21 and contributor shutting down at the end of August. These two sites focused on creating content using a network of authors for Yahoo contributors and user generated content for Yahoo voices. There is speculation that the closure of these two services is due to fall out
Read More

What We Searched for in 2012 Current Irish Internet usage Irish Internet usage has grown steadily over the years. As of 2010 a survey by the International Telecommunication Union stated that Ireland had 3,229,108 people (68.9% of the population) subscribing to the Internet. This has undoubtedly grown since then with more and more people accessing the Internet via smart phones and other mobile devices such as iphone, ipad and android devices. Despite this, Irish businesses have been slow to cash in on this huge customer base with only 66% of Irish businesses having a website and only 21% having e-commerce
Read More